Skip to content
View basket “Amethyst Cluster Gift Box” has been added to your basket. 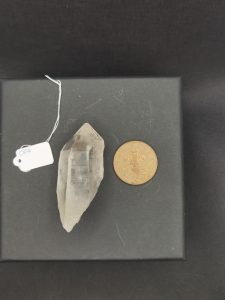 Continue Shopping SKU: Q004 Categories: Crystals(View All), Special Clear Quartz Points
Size: 5.5x3cm
Weight: 31gg
Structure: Record keeper
Record Keeper Crystals: These are where a small three sided triangular face appears within the shaft or face of a crystal. It generally occurs where a different crystal point has previously rested against the face when they were growing but is now no longer there. Some people believe them to be Atlantean crystals holding the hidden knowledge that that culture left behind for us to find. They represent higher knowledge or purpose – so are excellent for over coming ego and life restraints.

Welcome To Natural Self Online Dismiss