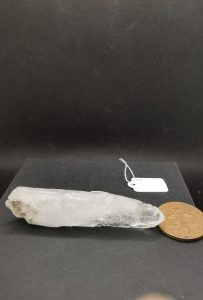 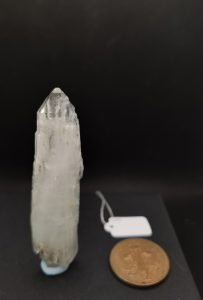 Laser Crystals: Lasers are shaped long and thin they are used to cut through energies like an energetic knife or as a wand to direct energy to a particular point. They can be used for shields and as knowledge holders so excellent for study to create mind clarity and focus.

Tabulated Quartz: these crystals have a flattened or squared off shape. They hold or block energy and ground excess energy field

Mother & Child: a mother and child structure is where there is a large points with a smaller one parallel and growing attached to it – some have two or three child crystals linked. They are often used for energising family environments and minimising family arguments so excellent for placing in the lounge, They can also be used in the bedroom as fertility enhancers

Ancestral Crystals (also known as BarCode): Where a crystal has “stretch marks” or barcode lines parallel to each other in the direction of growth along the main body of a crystal there are said to contain encoded wisdom and knowledge. They are said to be excellent for holding crystal programming better than smooth faced ones and so are often used for long term crystal grids of patterns or for sending to friends/clients for a healing purpose.

Cathedral/Elestial Crystals: This growth structure is where there are a number of parallel crystals of all shapes and sizes growing up and attacked to one main central point all in the same direction. These generate, amplify and magnify energies – they are said to help us access the Akashic records and our own hidden knowledge. So excellent for finding our soul purpose and life fulfilment

There are no reviews yet.