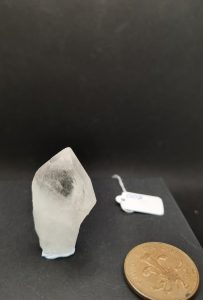 Categories: Crystals(View All), Special Clear Quartz Points
Size: 4×2.8cm
Weight: 11g
Structure: Window
Window Crystals: When you have a perfect 4 sided diamond shaped face whether small or large, these are classed as windows. They generate balance, harmony and integration with the self. They can act as mirrors in spells or rituals and as protection for our homes reflecting back negativity directed at us