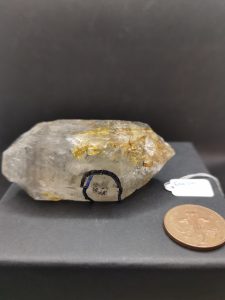 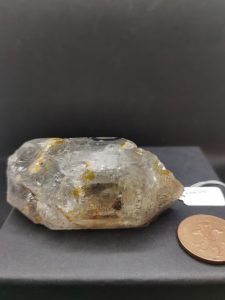 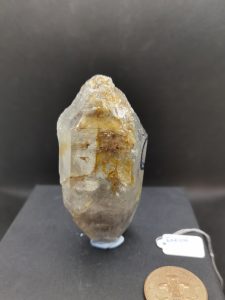 Enhydro crystals contain a fluid pocket which greatly enhances the property of the crystal, these pockets form mostly in the skeletal layer and can contain water up to 100 million years old. Enhydro crystals can help in transforming, focusing and amplifying energies that are beneficial not only to your body, but also for relationships.

Double Terminate:  double terminates grow in a soft substrate so expand equally in both directions as they grow if they are not blocked or impinged.   They are used to disperse energy or as a bridge to stop energy affecting an area or space.